Leading the Charge: Equipping our Black* Youth with Knowledge of Self 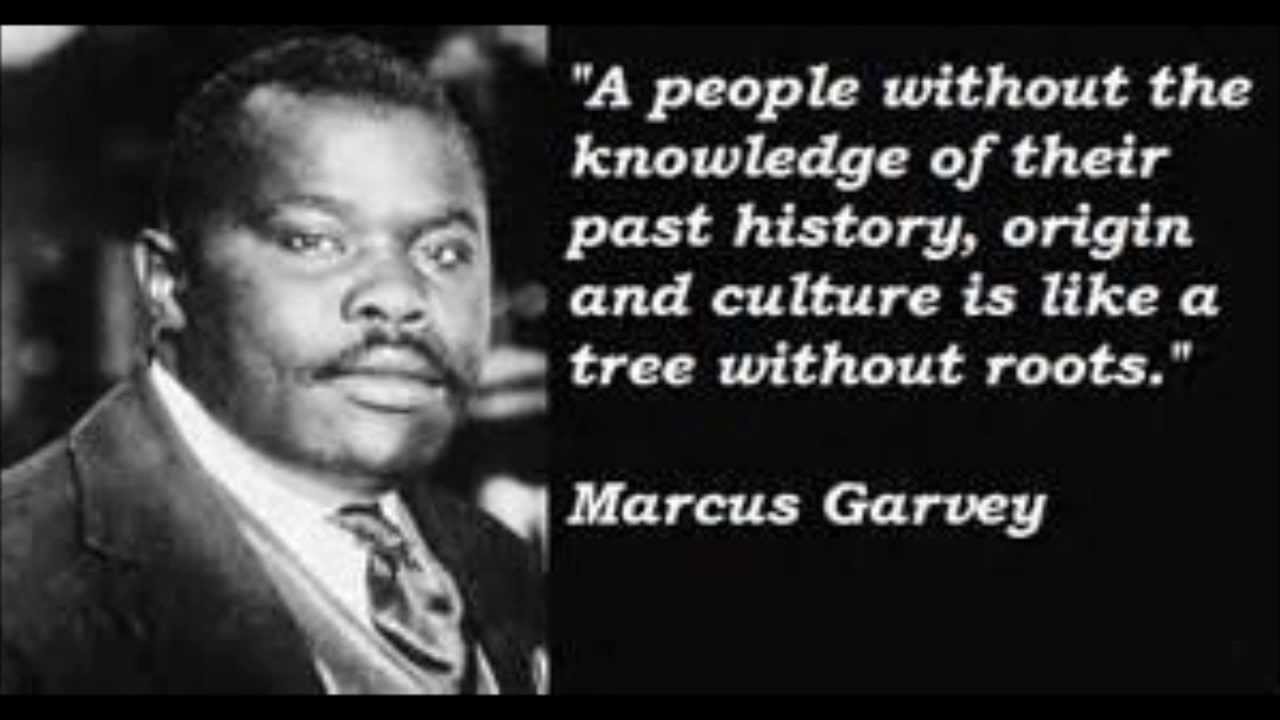 *** In February 2018, during the Curriculum Summit in Pennsylvania, Brother Sam will tout the benefits of a culturally strong education that affirms Blackness in Black children that lack knowledge of self. This hour-long presentation will look at the struggle for quality education in that context, making the case for the African-centered education model that spiritually feeds Our youth. More information to come about this event. For now, read Sam’s article about this perspective as originally posted online.***

Even with post-secondary gains made among Black people in the more than 60 years after Brown v. Board of Education, Black children in the United States, particularly those in urban school systems, lag behind their counterparts when it comes to high school completion and, more importantly, the grasping of concepts that better allow them compete in a globalized society.

This means that upon high school graduation, Black students are of little, if any, use to employers and, more importantly, their resource-starved communities. Situations like this are common and often increase the likelihood of incarceration, unemployment or underemployment, and a permanent underclass status among members of this group. Without a generation of fully educated, socially and racially conscious young people, the global Black community, as a collective, will forever look to the nonprofit industrial complex and mainstream political parties with racist histories for panaceas — including monetary aid, food drives, and housing vouchers — cloaked as real solutions.

Unbeknownst to a good number of young Black people, there are racially motivated historical, political and economic factors that have set the stage for what’s considered a virtually hopeless situation. The maintenance of this “New World” by former colonizers and slaveowners pushes those classified as “Black” to forget that their ancestors led fruitful,independent lives in their villages, reservations, cities and towns long before they were called slaves and treated as such.

Just as the proponents of African-centered cultural nationalism attempted to do in the 1970s, Black educators and parents must demand and create opportunities for Black children to learn their true history and affirm the African legacy stolen from their ancestors through Maafa, also known as the Middle Passage or African Holocaust.

Without a wholistic, race-conscious education, Black children will continue to imagine themselves as the former enslaved and colonized, rather than the self-determined beings who birthed civilization. That means they’ll go into the world unable to avoid the pitfalls of predatory lending, wage theft, gentrification, and police brutality. Without knowledge of self, Black children also won’t effectively organize in their communities just as other race-conscious, culturally centered groups have done and continue to do with tangible results.

Helping Students Find Knowledge of Self through Literature

The salvation of Black children in American school systems requires an overhaul of curricula designed as a tool of forced integration into mainstream American society. Though they have American citizenship, the so-called African American hasn’t enjoyed the rights exclusively guaranteed to white male landowners in the U.S. Constitution. Under what some might consider a radical pedagogy, Black students, and other students in American schools for that matter, must be exposed to African-centered historical and contemporary texts that affirm their African heritage and alert them to the true nature of Black people’s relationship with the United States, and other duplicitous Western powers for that matter.

Literature, whether it be memoirs, speeches, or biographies, open a window of opportunity to explore the historical context of those works and redefine the authors as socially and culturally conscious freedom fighters, not victims begging their oppressor to affirm their humanity.

In Malcolm X’s Ballot or the Bullet speech, for example, the speaker’s call to Black people to move beyond religious and political divides to consolidate their vote during the 1964 presidential election can pave the way for discussions about voting rights, effective lobbying, and grassroots organizing. The same applies with Sojourner Truth’s Ain’t I a Woman speech, a work with which Black male students explored intersectionality and came to grips with the ways they perpetuate misogyny toward their female counterparts.

More relevant to the overall point of this post, students, when using these types of texts, can still learn to correctly interpret main idea and how it develops, build their vocabulary, and analyze elements of storytelling and figurative language — all while closely reading and annotating texts, writing argumentative paragraphs, and speaking about the text in Socratic seminars. This method places cultural nationalism and the Black identity at the foundation of curriculum design and goes further in making the whole Black child, who by the completion of this program will proudly identify as an African — an homage of sorts to the birthplace of civilization and the land from which all human life originated. For that student, Black will no longer be a mark of shame but a sign of solidarity with oppressed around the world.

Ultimately students, after being exposed to the truth about their history and the Western World and its history as it relates to Black people, will see themselves in a new light: no longer as the oppressed, but as agents of change and descendants of the world’s first human beings fighting to reclaim the glory stolen from their ancestors long ago. In the long term, it’ll affect their decisions, such as their choice in an undergraduate major, or which political party to join.

A State of Emergency in the Global Black Community

Some educators might question the need of the paradigm shift of this nature, arguing that students must be exposed to the “classics” that’ll equip them for college and conversations in educated circles. From this vantage point, it’s clear that those detractors don’t have an intimate understanding of the collective Black community’s current state, which arguably has remained stagnant for the most part despite political and social gains made in recent decades. Regardless of class, location, sexual orientation, and whatever else, Black people globally are in a state of emergency.

Though they live in more of a diverse society and are exposed to more opportunities than their elders, Black youth, as is the case with Black adults and Black society at large, haven’t embraced an identity outside that which has been created in the U.S. — a land built on the genocide and intergenerational exploitation of non-white people. Long after the end of slavery and Jim Crow, societal slights including gentrification, mass incarceration, colonialism, and neoliberal foreign policy in the form of proxy wars in third world countries continue to influence Black migration — local, nationally, and internationally — and dictate Black families’ choices in where they live, sleep and eat, often to the detriment of a Black child yearning for stability.

Black politicians, without a race consciousness and beholden to mainstream power brokers instead of their people, carry out most of the damage and help perpetuate the false narrative that we live in a post-racial society. WIthout a solid cultural identity, Black children — including those who come from abroad and fight for a chance to integrate into American society — embrace a definition of Blackness that American society manufactured millennia ago as a means to legitimize its harsh mistreatment of Black people. Just as many Black children fall on the sword of that definition, the youth who ascend educationally will work to escape Blackness, as defined by the U.S., by any means, even if it hurts their own.

A false Black identity, as currently parroted in popular culture and the paradigm through which we teach the disciplines in American schools, is rooted in criminality, sexual promiscuity, dysfunction, lack of industry, perpetual victimhood, economic immobility, and a persistent sense of “otherness” that not even the election of the nation’s first Black president could eliminate. It’s fallacious to think that Black children can thrive in a system that endorses this outdated and inherently racist definition of Blackness. It’s even more dangerous to think that educators can ignore its effects on the youth’s psyche.

Obliterating a mindset of oppression among Black youth through the model outlined in this post will not only prepare Black children for critical thinking that the real world requires, it will allow them to act independently and make decisions in the spirit of self-determination and unity that has often paved the way for economic and political success in other communities. One could argue that this outcome wouldn’t benefit the U.S., a capitalistic society in need of mindless laborers. The author of this post agrees, as the denial of African children of their heritage has become the means through which they’re controlled and packaged into whatever mold the American system needs them to fit.

However, this is the season for change as many have see on televisions and online newspapers. Now’s not the time to embrace a false narrative of the U.S.’ current situation. No, Americans, especially educators, must confront the truth and work so that children are fully aware and able to fight against injustice, even if doing so makes said educator uncomfortable.

May all teachers, administrators, and parents alike take these words into consideration as they weigh choices about how to mold their students’ educational experience in Babylon.

*This post explores Blackness in an international context that allows the so-called African-American child to affirm their African identity and stand in solidarity with the international community, especially people of African descent of various phenotypes across the globe who suffer from societal ills engineered by white supremacy, including but not limited to: economic inequity, police brutality, corporate exploitation, and political marginalization.

In this post-racial society, people of African descent, whether they’re classified as Black, Latino, or continental African, have varying degrees of leeway with which they can escape the societal scar of Blackness, including exploitation of other Black people. However, Blackness is inescapable. Once one recognizes this and embraces their Blackness with knowledge of self, they would be able to fight for their community using the tools at their disposal.

Though it has developed throughout millennia, this school of thought came out of post-1960 liberation movements in the U.S. and around the world that furthered Pan-African philosophy touted by the Honorable Marcus Mosiah Garvey and often freedom fighters.