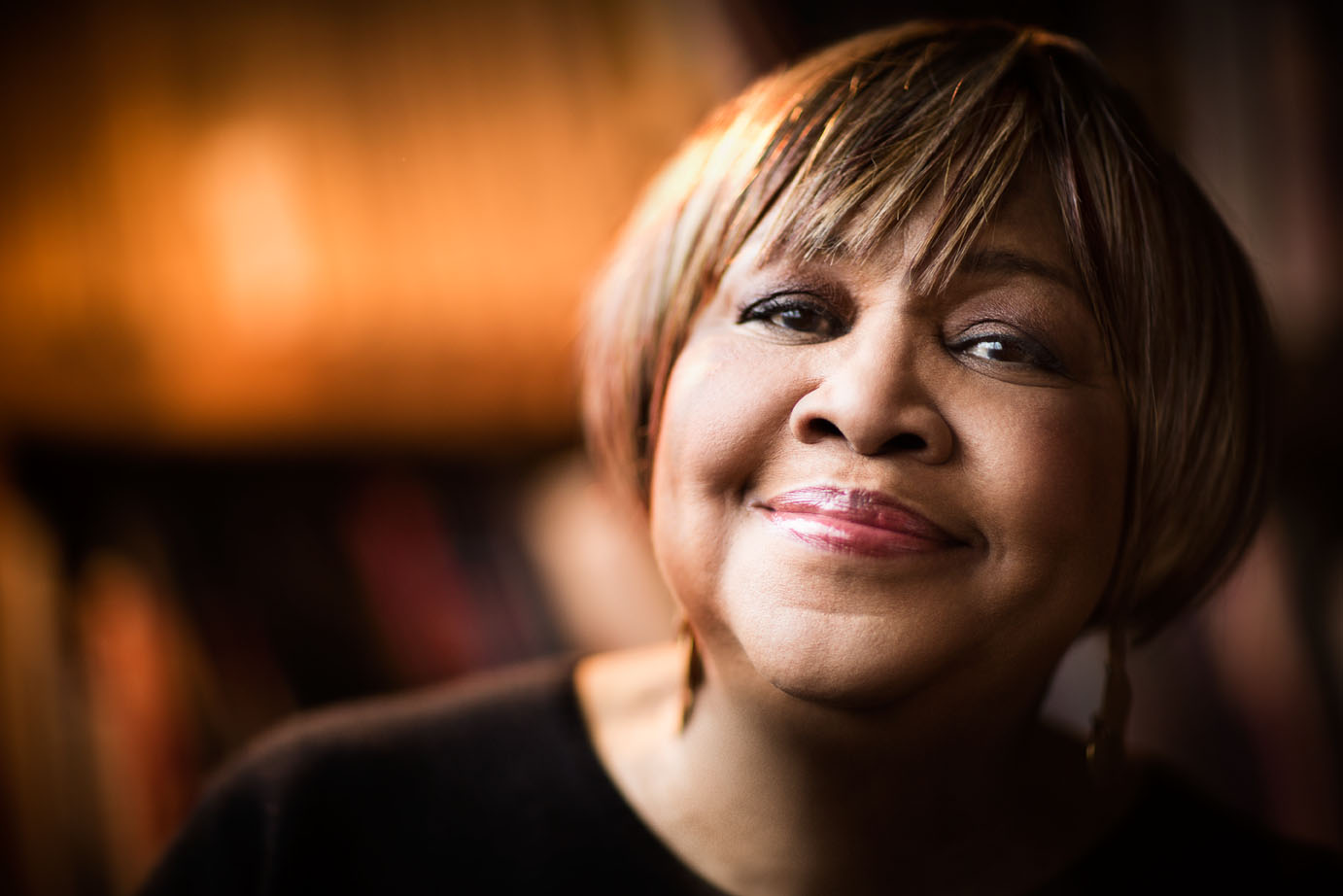 “You can’t have a movement without music!” Isisara Bey, executive producer of the annual March on Washington Film Festival told an audience of more than 100 music aficionados who gathered in the lobby of NPR headquarters in Northwest during the festival’s “Black Radio and Civil Rights” event earlier this week.

What transpired later that Tuesday evening would speak to the spirit of Bey’s words.

After enjoying the musical stylings of Victoria Purcell, Byron Nichols, Robert Ellis, and the NEWorks House Band, guests followed Bey and other March on Washington Film Festival committee members into a theatre where they watched Mavis!, a 2015 documentary about Mavis Staples, renowned R&B and Gospel singer and Civil Rights activist.

As a member of the Staples Singers, led by her father Roebuck “Pops” Staples, and a solo artist, Staples contributed to the soundtrack of the Civil Rights era, bringing contemporary pop hits that had a positive message such as “Long Walk to D.C.,” “When Will We Be Paid?,” and “I’ll Take You There.” Pop’s close relationship with Rev. Dr. Martin Luther King, Jr. inspired this foray into “freedom songs” as the Staples Singers called their brand of music.

In Mavis!, Staples, then 75 and a music legend in her own right, tours the country with her band and reflects on her experiences as a standout member of the Staples Singers. The film, which featured late Civil Rights leader Julian Bond, hip-hop legend Chuck D, and other music stars, focuses on the longevity of Staples’ career and her ability to adjust with the times, as seen when she released two albums in the 1980s under the direction of Prince, and won her first Grammy in 2011 for her album “You Are Not Alone”.

After the film, a panel of music executives, activists, and journalists who knew and interviewed Staples spoke about the current state of the music industry for Black artists.

“I asked Mavis what it was like being artistic and in this community. You had to get people in their childhood talking about contemporary issues,” Sonja Williams, author, broadcast journalist, and a panelist, told audience members that evening while recounting a radio interview she had with Staples. “Once [the Staples family] started singing freedom songs, they knew that one of the ways to reach young people was with a rhythm and something more contemporary along with R&B.”

The panel, moderated by WHUR 96.3 FM’s Jacquie Gales Webb, also included Al Bell, songwriter, producer, and owner of Stax Records to which the Staples Singers were signed, and Jonathan Jackson, an entrepreneur and social justice advocate. For much of the evening, this group touched on the events that led to the dilution of socially conscious news and music.

Jackson noted that many artists didn’t have much incentive, beyond helping their people, to produce socially conscious material. During the panel, he also detailed how corporatization of the media over the last couple of decades had shut out divergent voices and marginalized disc jockeys who had positive, uplifting messages.

“Civil Rights didn’t equate with all musicians. You never really heard freedom songs on the radio. A lot of African-American artists were getting frozen out,” Jackson, national spokesperson for the Rainbow/PUSH Coalition, told the audience.

“[Today], the media consolidation has taken away the responsibility of making community news in the African-American markets. In these urban markets, it’s all comedy. All the conscious personalities have been curtailed. More programmers have their hands tied. They won’t let news and information get through the urban formats. Local ownership needs to get back into place,” Jackson added.

Bell, writer of the Staples Singers’ hit 1972 hit “I’ll Take You There,” gave an even more detailed picture of how music unified Black people, regaling guests with the story of how he organized the Wattstax benefit concert at the Los Angeles Memorial Coliseum in the wake of the 1965 riots. That event, which featured the Staples Singers and Stax Records artists, attracted more than 100,000 people and didn’t result in any incidences of violence.

“They tried to put us in a category where we were shiftless and not good thinkers but we were strategic business people,” Bell told the audience as he provided examples of musicians, radio personalities, and Civil Rights leaders collectively organizing across the country.

“The Black disc jockeys were like the mayors of their cities. When Dr. King would go to Philly, he would meet with Georgie Woods because he knew everyone,” Bell added. “That helped Dr. King but it was dangerous to have that kind of power. That’s why they thought it was time to mass merchandise music. They acquired the independent companies to monopolize and cut off the independent entrepreneurs and sell and market music to Black people,” said Bell.

The July 19th “Black Radio and Civil Rights” event counted among a slew of gatherings during the annual March on Washington Film Festival, founded by the Raben Group three years ago in commemoration of the 1963 March on Washington. The 2016 installment, which goes on until Saturday, kicked off on July 13th with an event at Metropolitan A.M.E. Church in Northwest. Other programs have focused on the Green Book, a guide that helped Black tourists travel safely through the segregated South in the early to mid-20th century, Nina Simone, Maya Angelou, and other storied figures.

“Events like this expose you to what Black people have done culturally. It’s about the people who contributed to the Civil Rights movement,” said Maiyah Mayhan, a Howard University student who attended the Mavis! film screening. “These days, it’s hard to get people to play good music. That’s why it’s so important to be in spaces like this. The radio has shaped how sound is perceived. I appreciate Mavis Staples and other singers who were able to evolve with the sound,” added Mayhan, a junior from Los Angeles studying journalism.