Looking Back: The Stories that Quilts Tell 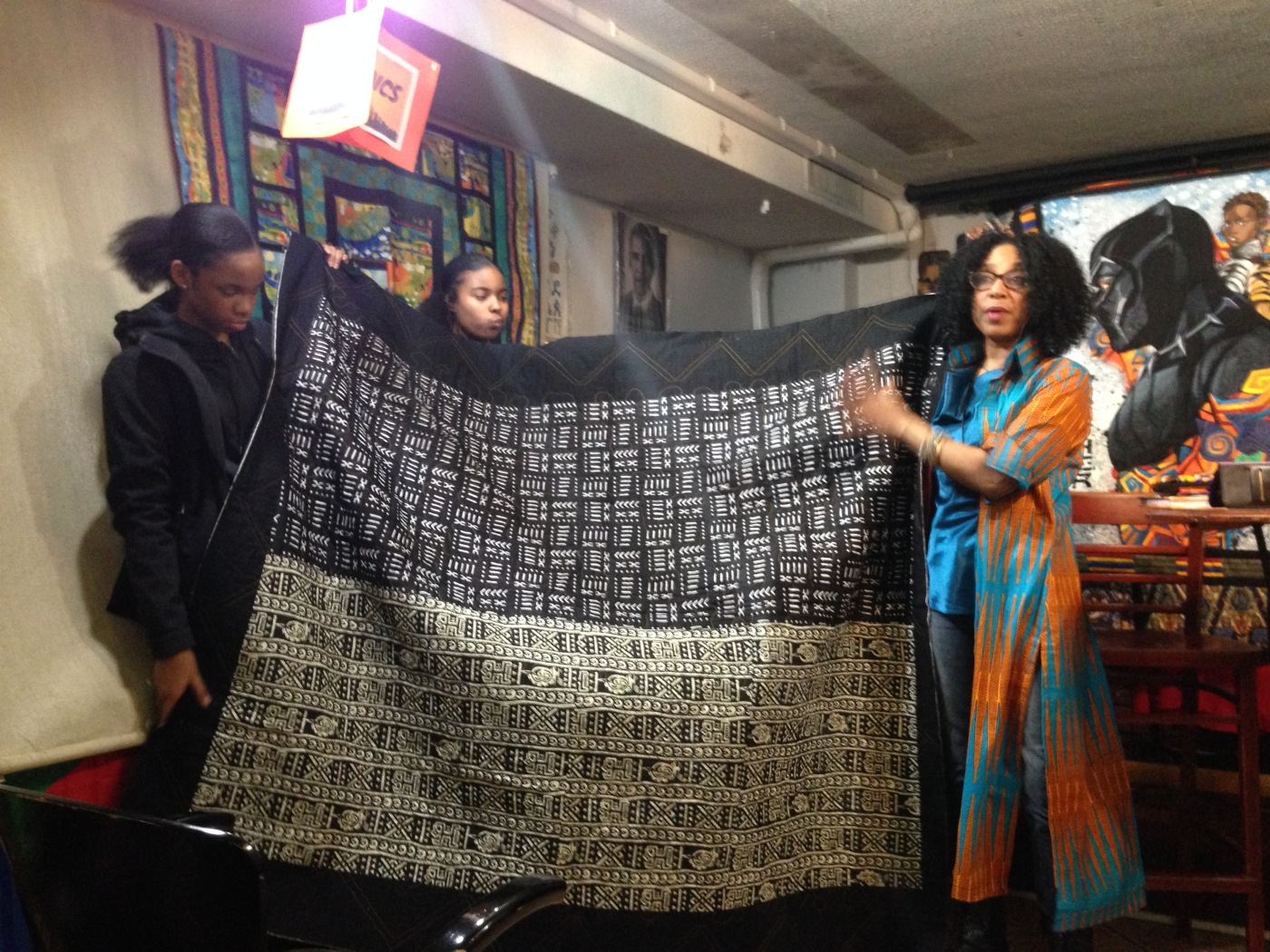 PHOTO: Mama Kyna Clemons, with her daughters by her side, showcases her work during the Feb 15, 2019 edition of The AllEyesOnDC Show, themed “The Stories that Quilts Tell.”

In honor of Black History Month, and in keeping with a commitment to honor our elders and facilitate the transfer of ancestral knowledge, the February 2019 edition of The AllEyesOnDC Show focused on “The Stories that Quilts Tell.”

This show aligned with the Pan-African focus of The AllEyesOnDC Show by drawing parallels between the quilting tradition among Africans in the United States and Africans on the continent long before the Maafa, or African Holocaust, and in the millennia following.

Mama Kyna Clemons, a quilter of 15 years and AllEyesOnDC guest, has parlayed her craft into a thriving business and means of educating Black African people of all ages about the historical and cultural relevance of quilting. Within a matter of weeks, she and other elders will impart that knowledge on some youth in California as part of her Scraps of Africa movement.

On the night of February 15, the audience at Sankofa Video Books & Cafe got a snippet of what those youth will experience. During the show, they learned how female elders from a rural Alabama community monetized their quilt-making talents in a deal with Sears during the second half of the 20th century. Mama Kyna also explained how, a century or so earlier, during the antebellum period, quilts served as maps to freedom for enslaved Africans in the United States.

Unbeknownst to some members of the audience, long before the Maafa, African men, not women, served as weavers of fabric. That ancient tradition has come back full circle with the proliferation of Black African female and male designers in the fashion industry today.

As Mama Kyna explained, a challenge that Black African people face at this juncture concerns controlling the means to production and other steps of fabric-making process, so that outside actors don’t further exploit African culture and talents. To solve that issue, she, with her daughters by her side,showcased her work and explained the quilt-making process to the tee.

Watch the video and get a sense of what the AllEyesOnDC audience experienced. May this tradition find life in the younger generations.