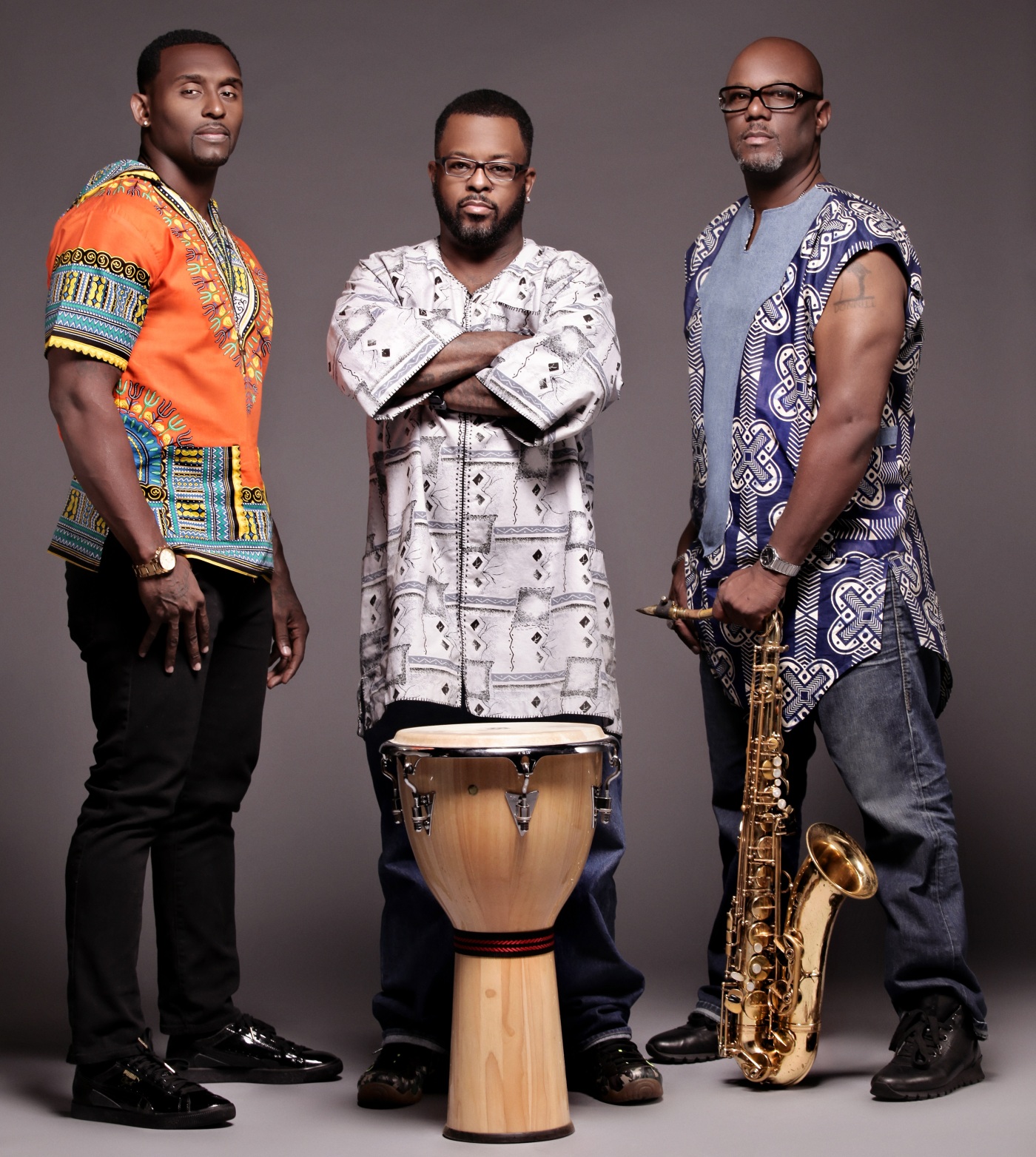 Even with decades of experience under his belt, D. Floyd, Team Familiar’s lead mic and saxophonist doesn’t shy away from change. Since the turn of the century, Team Familiar has carved out its own space in D.C.’s go-go scene, dominating the “Grown & Sexy” subgenre and staying relevant.

At this juncture in Team Familiar’s journey, the band is looking to West Africa, the ancestral home of Black Americans and epicenter of ancient percussion that inspired go-go and musical art forms preceding it. For band members, an upcoming musical tour in Nigeria will be the cultural exchange that can open the doors for a transformation.

“I’ve always looked for ways to stretch the go-go percussion rhythm,” D. Floyd told AllEyesOnDC. “My goal is to take in and learn as much as a 53-year-old man can learn about the culture we come from.”

This diasporic experience will happen during the Pan-Afrikan Back to the Roots Festival, a celebration of global African music and culture taking place in the D.C. metropolitan area and Nigeria between Dec. 5th and 10th.

In Nigeria, Team Familiar will play at a royal palace in the Ife region, located two hours from the capital city of Lagos, and perform three shows. Go-Go Mickey, Team Familiar’s widely revered congas player, will participate in an African drum circle and band members hope to meet Femi Kuti, the son of late musical pioneer and activist Fela Kuti.

The younger Kuti shares Floyd’s affinity for the saxophone.

“[Femi Kuti] finds a way of mixing the African drums in his jazz music. It’s kind of what we aim for in the world of go-go,” Floyd added. “Our drums provided the foundation of whatever we want to marry it with. We marry it with R&B. Whatever you want to put on top, go-go is the foundation.”

In addition to D. Floyd and Go-Go Mickey, Team Familiar includes Maquis “Quisy” Melvin on vocals and Sean Geason playing bass. Mickey, who shared Floyd’s outlook on go-go’s African origins, told AllEyesOnDC he’d have little trouble fitting in once he touches down in Nigeria.,even recounting an impromptu jam session he had with an African music group while setting up for a show in D.C.

“I got in right with them. It’s not hard at all, “I can feel and play any rhythm. African rhythms have that go-go feel and go-go beats came from Africa.” said Mickey who’s currently touring with Marc Cary in Johannesburg, South Africa.

Since go-go’s birth, parallels have existed between the genre’s rhythms and call-and-response style and what’s heard in African music, as well as other musical forms found throughout the African Diaspora. The 1992 Documentary “Straight Up Go-Go,” produced by Sowande Tichowanna, highlighted these similarities.

Team Familiar isn’t the only go-go band performing on the African continent, perhaps a testament to a resurgent sense of African pride and consciousness among Black American artists, particularly those in the go-go industry. Next February, Backyard Band will tour throughout Ghana, and host a concert at Cape Coast Castle, a one-time prominent slave trading port.

Plans for Team Familiar’s Nigeria Trip coalesced after Prince Ayotunde Adebayo-Isadipe heard the band play at a Baltimore lounge in July. By that time, he had already hosted the inaugural Pan-Afrikan Back to the Roots Festival. The festival, Prince Ayotunde said, will eventually expand to include a naming ceremony and African-centred marriage counseling.

Prince Ayotunde, a man of Yoruba ancestry who has lived in the U.S. since 2002, saw Team Familiar’s involvement as a means of expanding a mission centered on fostering a cultural identity among people of African descent in the West.

“My personal experiences [in the U.S.] and what I’ve learned about the transatlantic slave trade showed me that there’s a lot of missing information between us,” Prince Ayotunde said. “This program [the Pan-Afrikan Back to the Roots Festival] was created to bridge that gap and get the missing information out. This will help people have some sense of identity. Most African Americans don’t identify with us and that’s one of the side effects of what happened on the slave trade.”

For more information about this trip or Team Familiar, visit teamfamiliar.com.

One thought on “In Nigeria, Team Familiar Will Celebrate Go-Go’s African Roots”