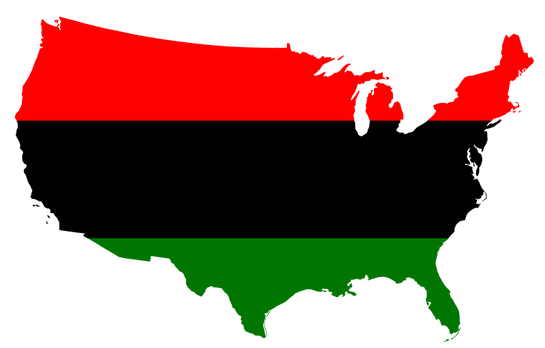 While most of the world focused much of their attention on President Donald J. Trump last Friday, dozens of folks at Sankofa Video Books & Café learned about U.S. media manipulation, examined Our current situation in a global context and committed to involvement in local politics during AllEyesOnDC’s first community news gathering of 2017.

Below is the video footage.

Guests on the program (in order of appearance):

We developed the Jan. 20th event, themed “Building a Black Nation in the U.S.” understanding that, at the most basic level, non-melanated people, and their melanated accomplices, oppress working class Black people politically, economically, and socially. Without resources and desperate to survive, many of Us turn against each other while embracing the very entity that created the conditions under which we suffer.

Long before Trump’s ascent to the presidency, many of our People in the inner city and rural parts of the U.S. experienced these troubles, even with a growing Black middle and billionaire class, increased educational attainment, and greater circulation of dollars in this capitalistic society. Many of us who succeeded in mainstream society abandoned a race consciousness characteristic of the 1970s and 1980s. In short, We used the victories of the past to “integrate rather than penetrate” as our guest Baba Obi Egbuna, Pan-African journalist, playwright, and educator, said on Friday night.

This remains the case when many of our Black women, perhaps disillusioned about Black men’s lack of engagement in issues related to them in recent years, join the White woman’s cause against Trump despite century-long evidence that discourages such a relationship. By keeping our eyes on the real goal of Nation building, we don’t fall victim to such distractions. Please watch these two segments when you lots of time to kill to see Our point.