How Jesse Williams Praised Our Grassroots Organizers More than We Do 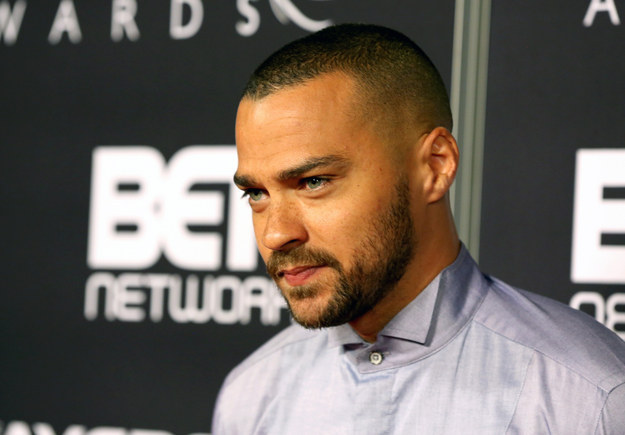 By now, most, if not all of the African world has watched or heard about Jesse Williams’ five-minute oratorical masterpiece at the BET Awards earlier this week.

Upon accepting the 2016 BET Humanitarian Award, Williams, a Black actor who rarely minces words in his analyses of domestic racial affairs, called out the United States for the litany of crimes it commits against Black people. A multi-ethnic audience of his wealthy and famous peers, and much of Black America, listened as he eloquently condemned state-sanctioned violence, cultural appropriation, capitalistic exploitation of Black people, and white disdain for Black expressions of pain.

In one speech, Williams placed a morally bankrupt media network on a road to redemption and galvanized people who had grown tired of seeing officers escape responsibility for their deadly use of force against Black men, women, and children. Facebook, Instagram, Twitter, and other social media outlets lit up with commentary and memes of Williams and his fiercest quotes in what’s sure to be an historic speech. For the first time, those who followed the “woke” movement from afar gained new interest.

While I appreciated Williams’ numerous zingers, many of which I saw plastered all over my timeline, there’s an often overlooked line that truly resonated with me: the one in which he acknowledges the grassroots organizers across the country working to dismantle white supremacy. For those confused as to what I’m talking about, he said it before getting into the real juicy stuff. Still confused? I copied it into this commentary for your reading pleasure.

“Now, this award, this is not for me. This is for the real organizers all over the country. The activists, the civil rights attorneys, the struggling parents, the families, the teachers, the students that are realizing that a system built to divide and impoverish and destroy us cannot stand if we do. All right? It’s kind of basic mathematics. The more we learn about who we are and how we got here, the more we will mobilize.

Every day in this naturally hypocritical country of ours, there are countless numbers of Black people in various communities who’re organizing, raising the consciousness of the masses, feeding the poor and homeless, forging coalitions, and pressuring elected officials to support their efforts – all in the name of Black Power. Many of them do this while speaking out against the white supremacist Babylon system publicly and on social media without hesitation.

Just as Williams has done repeatedly in the last few years, our outspoken grassroots warriors examine the issues of the day with a critical eye, forming a unique conclusion and demanding America atones for its centuries-long crime against Africans. However unlike Black America’s favorite woke actor and humanitarian, these brothers and sisters are often scolded for their viewpoints, with both family members and friends labeling them as “radical,” begging that they provide an analysis that’s more inclusive, softer, and endearing to the status quo, even if it doesn’t benefit Black people.

I myself have been on the receiving end of this kind of treatment.

Since coming into my African consciousness and adding an activist flair to my journalism, I’ve had college friends, cousins, aunties, uncles, and the like mockingly refer to me as Malcolm X, suggesting that I marginalize myself by candidly expressing my Black Nationalist beliefs. Some even try to convince me to “forget about the past.” In recent months, I’ve grown more confident in standing by what I say. In the process, I’ve built relationships with African organizers, young and old, and taken my message to the next level.

As often is the case, the work never stops, in part because there’s a significant segment of the diasporic African population hasn’t taken off their white mask to confront a world that hates everything about them.

Even worse, they vilify those of us who want to break out of the Matrix and take back the humanity stolen from us during Maafa, chattel slavery, colonialism, Jim Crow, all the way up to the present day via the prison industrial complex. When we question and speak out against the perpetrators of our suffering, our Black peers call us angry. When we revere our African history, our Black peers call us “Hotep” in a derogatory manner. When we demand justice without apology, we’re lampooned and labeled as militant.

In the same breath, these cocky critics praise Williams for his brave comments, even as he openly lambastes them for thinking that their money, material possessions, and social status will protect them from the wrath of institutional racism. To this day, many of them haven’t done much beyond writing “Black Lives Matter” in their status messages and fawning over the latest celebrity musing about current racial events. Whether they will step away from the sideline and tangibly contribute to the movement remains to be seen.

From what I understand, many folks in most nationalist circles write off our well-to-do, somewhat cowardly brothers and sisters, advising us to forget about them and leave them behind when Babylon falls. I tend to think differently, maintaining my faith in their eventual radicalization by remembering Harry Belafonte, Paul Robeson, Ossie Davis, Ruby Dee and countless others who put their reputations and revenues on the line for the greater good.

Today, Jesse Williams and his contemporaries – including Jay Z and Beyoncé, Janelle Monae, and Zendaya – carry the torch in taking the conversation about the Black struggle to the mainstream and financially assisting grassroots organizers.

It’s time that the members of the Black young urban professional class, a group often known as Buppies, take notes and follow suit. They have to connect with the grassroots actors in their community and use their expertise, brain power, and resources to make our Nation more self-determined and economically independent. Very often, many of our elites take their talents to corporations, garner huge salaries, gentrify Black neighborhoods, and act violently toward their low-income counterparts. In essence, they’re perpetuating white supremacy – the very system Jesse Williams indicted.

If we are to truly see freedom across the board, ALL hands must be on deck, and not just on the computer screen. Just as Williams and others have done, those of us in positions of power must build with grassroots organizers and help keep the fight going on various fronts. We’re connected by virtue of our African heritage and common history of oppression. There’s no reason to stop at admiring what one man did. We can be the change we want to see. It’s just a matter of thinking outside of the box that America has created for us.

If you have a genuine interest in pushing the dial forward in the fight for our liberation and don’t know where to start, join us during what’s toured as the 2016 Message to the Grassroots, a part of the A Night of News & Music series at Sankofa Video, Books & Café in Washington, D.C., on the night of Friday, July 15th.

That evening, I’ll provide a critical analysis of current events, including Brexit and the closing of the Kendrick Johnson case in Atlanta, through a Pan-African millennial lens. Later, a number of neighborhood figures, each of whom is part of a grassroots movement for African liberation, will grace the stage and talk about their latest project.

Come through and build with your African brothers and sisters who’re in the trenches daily. If you can’t make that event, visit Sankofa and check out the extensive catalog of books that’s sure to make you question your “wokeness.” In anything you do, make sure you acknowledge and celebrate the work of our grassroots organizers just as Williams did in his viral speech.

I guarantee we’ll go further as a people for it.